It has been noted recently that Australian settlement visas and also Australian fiancee visas are being awarded by sending an e-mail confirming to the Thai applicant that the visa has been awarded. In the past the Australian Embassy would contact the Thai applicant to advise them that a visa had been awarded and that it could be collected at the Australian VFS were the original documents where submitted but now it seems maybe due to them being so busy that visas are just sent as a confirmation via an e-mail.

If you have submitted to the Australian Embassy a Settlement visa to Australia for your Thai wife or a fiancee visa then make sure your Thai wife is constantly checking their e-mail address in case the visa is awarded without you knowing.

This does sound extreme but we have seen it at first hand and should be taken seriously so make sure your Thai wife’s e-mail is checked. 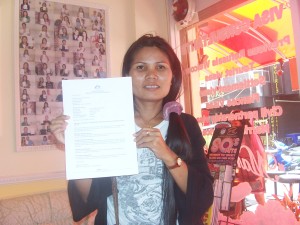