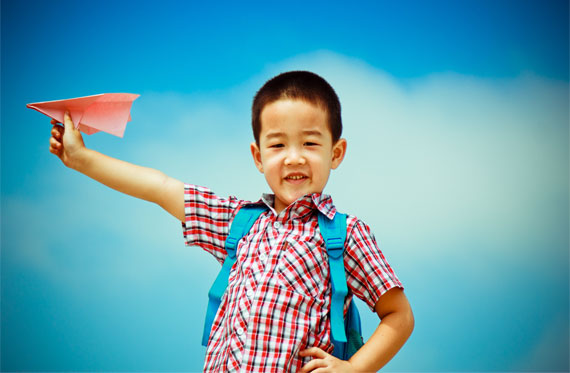 As I mentioned earlier, one of the primary reasons for us moving to Australia was the education of our children(James 3 and Jan 2), so we set off on the search for quality education…

The Search for a school:

In Australia children don’t start school until 5 or 6 (depending on when their birthday is) which meant we were looking for Childcare for our youngest and pre school for James (who was now 4).

I thought this part of our relocation process would be the easiest, that we would just go to the nearest childcare/pre-school and enrol the kids and away we go, this was very far from reality though.

From a quick google search I located several nearby centres and initially took a morning off work so we could visit a couple, to give you an idea, here is a list outcomes from these visits:

Centre 1 – Full and 27 kids on their waiting list. They offered to call if a position became available.

Centre 3 – Owned and operated by people who could not speak English clearly.

Centre 4 – Full and 52 kids on their waiting list. They offered to move me to the front of the list if I paid donation to the centre.

After these experiences we decided I needed a full day off work next time.

And so it was, armed with a new list of centres and a full day off work we set off again in search of a suitable place for our children to begin their education and as luck would have it on our first attempt we found one.

It was quite a large centre and they had childcare for the younger kids and pre-school for the older kids which was a bonus as it meant only one drop off and pick up point for us.

Vaccinations for kids in Australia:

Part of the enrolment process was making sure your child’s vaccinations are up to Australian standards which differ greatly to Thai standards, without that you will not be able to enrol.

This meant another trip to the doctor’s for both of the kids courtesy of medicare(how do countries get by without universal health care?). The good news for James was that at the age of 4 he only had a couple of extra shots he had to get which was simple enough and the promise of ice-cream made sure he toughed it out.

Jan however was a different story, she had 6 shots she needed to catch up on, the doctor did give us the option of breaking it up and receiving them at different times, but rather than have to return we decided to get them all at once.

Despite my daughter being treated like a pin cushion she toughed it out and we all had ice-cream and were ready to start their education.

We decided to send Jan to childcare 3 days per week and James went full-time, this amounted to $875 per week. Fortunately the Australian government at some point agreed with me and for anyone earning less than $150k AUD a year receives a “Child Care Benefit” where they paid a percentage of the fees. It still cost around $500 per week, but it was an improvement. A good centre will help you apply and even do the paperwork for you.

*Please note, you need to have a permanent Australian visa to receive the Child Care Benefit

The tears, oh the tears…..And that was just my wife.

I guess every parent and child goes through this their first day of school/pre-school/childcare, but the separation anxiety the kids had was shared with Pim and to a lessor extent(or so I like to believe) me.

Eventually we were able to extricate ourselves from the kids and make our escape home while leaving them behind, it was hard and took time but we got there in the end and at the end of the day we had to drag them away.

The classes were small(16 students) with 3 teachers in each class, so each kid got a lot of attention and made friends with the other kids quickly.

Having spent around 6 months there now the kids are very happy and love going. We are also pretty pleased with the centre we settled on and don’t plan to change until it is time for James to start school.

The speed the kids pick up English is amazing, especially since being in pre-school and having English speaking friends and teachers. This however posed a slight problem for my wife who felt they were falling behind in their Thai, so we started the search for a Thai tutor.

In reality when I said “search for a Thai tutor” I really meant “log onto gumtree.com.au and choose one of the several Thai tutors available”, which is what we did. There are several people around Sydney offering this service and I am sure they are all throughout Australia.

We decided on a lady by the name of Chompoo who spent a couple of hours a week with the kids at $15 and hour, a quite reasonable amount and she seems to do a good job too. More importantly, Pim is happy and a happy wife equals a happy life.

What to do now?

Now the kids are happy, learning and most importantly out of the house Pim has to find something to do with her time, so due to the(what i still consider excessive) cost of the childcare/pre-school she decided to find a job…..