How Powerful Is Your Passport? 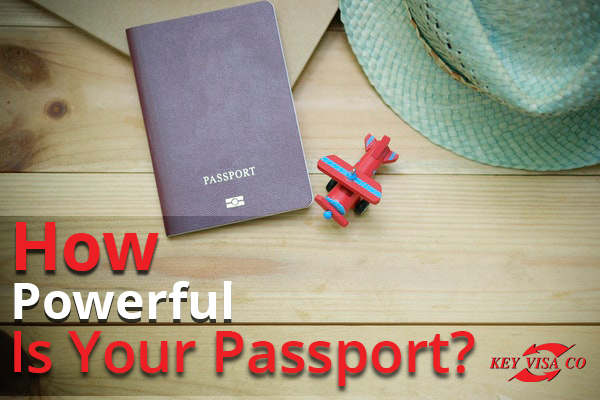 With 159 visa-free travel options, Germany citizens have access to the most versatile passport in the world. German passports share a burgundy red design with other European Union passports and the standardized layout. The document is valid for 10 years upon application and this applies to people who are 24 years and older. At the age of 18, German citizens can apply for a visa but it is valid for only six years until they reach the age of 24. Besides being used to facilitate travels, they also serve as presumption of German nationality and proof of identity. Germans have the luxury to travel anywhere in the Americas visa-free, with the exception of Cuba.

The Singaporean passport is ranked number one in terms of travel freedom in the world as it ties with Germany as the world’s most powerful passport with 159 visa-free options. Singapore has relatively liberal visa requirements which make it easy for most immigrations to clear Singaporean passport bearers more quickly. Since 1999, the Immigration and Checkpoints Authority which is charge of issuing Singaporean passports, adopted several measures to foil forgers. They included the use of special ink, digital photos, and recently adopted the use of biometric passports.

Issued by the United Kingdom, there are different types of British passports which are a result from the different types of British nationality. A British passport not only enables travel worldwide but also enables access to consular assistance from British embassies all over the world as well as serves as proof of citizenship. According to the Visa Restrictions Index, British citizens have a visa-on-arrival or visa-free access to 157 countries, making the British passport the 4th most powerful passport in the world. With the help of visa companies, one can renew their British Visa from different destinations.

Since 2005, Australia has been issuing biometric passports which are also known as ePassports, which can be used to enjoy visa-free access to 153 countries. These types of passports have an embedded microchip that contains the bearer’s personal information that is available on the colour photo page of the passport. There are different types of Australian passports. The standard passport has a blue or black cover and it is issued for ordinary travel such as business trips or vacations. This type of passport has a validity of 10 years. There’s the official passport which is only issued to Australian government representatives which and has a grey-asparagus cover. Diplomatic passports have red covers and only issued to top ranking government officials.

The USA passport has 155 visa-free options. It is one of the most widely respected passports in the world. Passports are only issued to persons who owe permanent allegiance to United States which include citizens and non-citizen nationals. United States citizens are allowed to have foreign passports but they are only allowed to use their USA passports when entering or leaving the country. A regular USA passport has a dark blue cover and has a validity of 10 years from the date of issue.

The Afghanistan passport is the least powerful in the world. There are only 3 countries that Afghani nationals can visit without restrictions, and there are only 22 visa-free options out of 199 countries. These include Micronesia, Haiti and St. Vincent. The country has been war-torn which makes it the least travel destination choice in the world.  Afghani nationals have to jump many hoops for them in order to get to most destinations.

As another of the world’s least powerful passports in the world, Somali citizens only have 33 visa-free travel options. Previously, the passports are green in colour, but have since been changed to brown ones with biometric functions. Somali passports are also among the most counterfeited passports in the black market, and that probably explained why the federal government has gone through a heavy revamp to improve the standards of their passports.

So, How Powerful is Your Passport?

If your country is not mentioned above, here’s a quick list to see whether you are among the world’s most valuable passport holders or vice versa.

Well, regardless whether how powerful or weak your passport is, many countries will still require a formal visa application if you were to travel there for work or long term stay. For Thailand visas, you have nothing to worry about because you can always count on the help of Key Visa Thailand to help you through your visa applications. Talk to us to find out more today